Law firm mergers and acquisitions have accelerated in 2022. As of July 1, Law360 Pulse tracked 52 law firm combination announcements involving at least one U.S.-based law firm. The number exceeds first half combinations announced in 2019, 2020 and 2021.

A common trend driving the deals is that many midsize firms have had to shore up their talent resources and have chosen to do so by picking off small law firms through acquisitions. Large law firms are poaching talent from smaller firms to fill in gaps on their teams as workloads soared. This is leaving many midsize law firms short on people. The most common headquarters for target firms were Houston; New York; Boca Raton, Florida; Denver; Memphis, Tennessee; and Washington, D.C., while New York was by far the most common headquarters for acquiring firms. 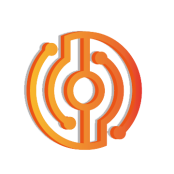